Hospitals are energy consumption giants: they contribute nearly 10% of the nation’s net greenhouse gas emissions. As the 21st Century rolls along and technology plays a larger role in reactive and preventative care, certain healthcare facilities have simultaneously lowered their energy use. For Jeff Rich of Gundersen Health System, this is no new endeavor.

In 2008 Rich helped launch the Envision program at Gundersen (a tri-state healthcare system located in Wisconsin, Iowa, and Minnesota), which aimed to focus on sustainability. Gundersen invested in numerous renewable energy projects to reduce its carbon footprint, including geothermal, solar, and wind power. As a result, it became the first energy-independent healthcare system in the U.S in 2014.

We sat down with Rich to learn more about the history behind Gundersen’s innovative efforts to curtail the healthcare system’s energy use, while creating sustainable alternatives to power the hospital’s widespread campuses, and beyond.

What were the initial factors that led to launching the Envision program?

I’m an engineer by training and spent 17 years in manufacturing. I came here to work on process improvement. In 2008 I was asked to help with an energy audit; we were seeing our energy bill go up, and the resulting action of that was we saved a lot of money very quickly.

We started to understand that we were wasting a lot. Hospitals are heavy polluters—two and a half times more than buildings of the same size. In the upper Midwest, we have lots of coal-powered electricity, which results in pollution. So by delivering care, we had the unintended consequence of contributing to causing disease for the human population.

What was the timeline for Envision?

We set a goal to become energy independent by 2014. How we define that is to produce more clean renewable energy than we consume from the grid powered by fossil fuel sources. We had our first day of energy independence on October 14, 2014. We’re 55% more energy efficient today in our facilities than we were back in 2008.

How much has this saved Gundersen?

Let’s talk specifics: what projects have you implemented?

We’ve done a bunch of renewable energy, including a biomass boiler—a combined heat and power project—on one campus. We have a geothermal heat pump system… and a number of solar installations, along with two five-megawatt wind turbine sites. And two large dairy manure digester operations. A number of those projects put power to the grid, in order to offset what we consume here. 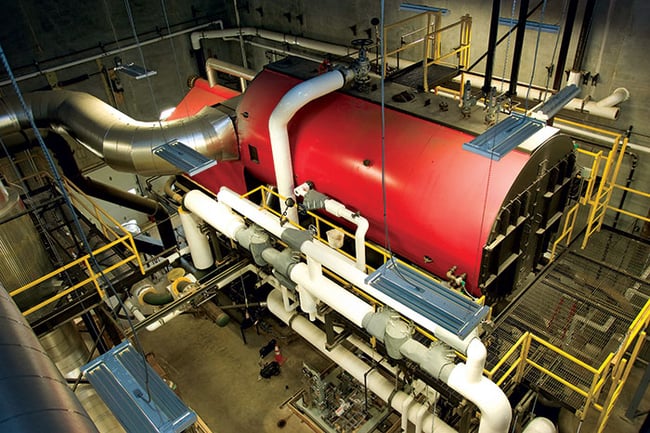 What about the design of your facilities?

We’ve done a lot with efficient and sustainable design. Our new Legacy Hospital is one of the most energy-efficient hospitals in the Midwest, with an energy intensity level of 122 kbtu per square foot. The average hospital in this part of the country produces over 260. And that obviously saves a lot of dollars and prevents pollutants.

Another one of our facilities, a clinic in Sparta, Wisconsin, which opened in early 2017, only produces 33 kbtu per square foot. We then off-set that consumption by installing solar panels on a rooftop in a nearby community. We’re continuing to get better at how to design new facilities as we grow and create more space.

How long does it take before seeing ROI?

The first step is understanding what the opportunities are: every building has different ones. The measurement is key. Where we can retrofit with controls and scheduling is always beneficial. You also need capital to help with ROI. But the returns are really good: most hospitals are looking at a 30-40% ROI with energy efficiency in under five years.

What obstacles have you faced in this role?

Having to be a pathfinder when there’s not been a lot people before you. Where the learning has come in is on the renewable energy side. There are certainly some technologies that are harder and more complex. It’s not a free market in terms of how you can buy and sell power, and who can sell it. There are a whole lot of politics and regulations around that. Even though you can cost-effectively produce the power, you can’t necessarily sell it at a retail rate, and it’s not federally regulated. There might be 20 different variables in one location, but no regulations in another, so we’ve learned to find the sweet spots.

Are there any specific technologies which present a challenge?

Rooftop retrofits using solar panels are effective, but they’re not big enough to power the whole building. We’re doing a lot more solar: it’s still expensive, but it’s safe, and it will pay back eventually. You have to play some games with the rules in specific locales to make that work.

How about the people?  Has it been a test to engage medical staff in energy conservation?

We do more than just energy. We have a food waste reduction program, in which we reduced our cafeteria waste by 80%. Pharmaceutical waste is down 17 times from when we started. We have a blog on our Envision website where we hold employee challenges to promote sustainability. But [most of the] savings comes from decisions made when you design the building. In the end, the hospital needs to be efficiently powered, heated, and cooled.

Looking forward, what innovations do you foresee allowing greater cost savings for Gundersen?

We feel electricity will be more portable. So we’re looking into taking renewable power and making it more portable, such as battery power from a wind or solar site, and then transferring it back to one of our campuses. You may have heard of microgrids—where you actually produce that on site with a battery—and we’re exploring the use of them on some of our projects in the near future.


Join us at HealthSpaces for more on innovations in healthcare facilities planning, design and construction. 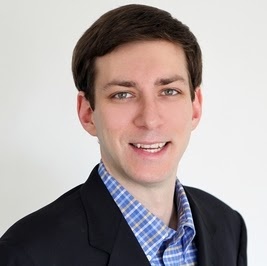