Healthcare mergers are complicated on several fronts, and oftentimes facilities officers are unprepared for the challenges of managing and executing the rebrand/refresh. So, we connected with leaders at AGI, one of the country’s leading architectural branding and signage companies, to discuss some of the key things that healthcare real estate and facilities leaders need to consider when implementing a new brand identity.

AGI has overseen rebranding projects for Ascension, Marshfield Clinic, Texas Health, the Vanderbilt Clinic, and many more. They’ve witnessed first-hand the areas of rebranding that pose the biggest challenges to those overseeing it.

“Brand identity goes way beyond visual identity,” says Gus Holt, account executive at AGI. He explains that a new brand identity is typically developed by brand and strategy groups and vetted through executive-level decision-makers. The real estate and facilities teams only hear about it after the final decisions are made, at which point it’s up to them to execute that new brand identity.

Facilities leaders are always going to be tasked with putting together all of the information on the scope of existing assets across their footprint at the very highest level – how many properties there are, where they are located, what the nature of these properties is, and so on.

But these things grow iteratively over time. You might have a hospital campus that just finished a billion-dollar campus expansion, but some of the original buildings might be 50, even 100, years old, and all of it has been integrated together – sometimes thoughtfully, and sometimes not so. 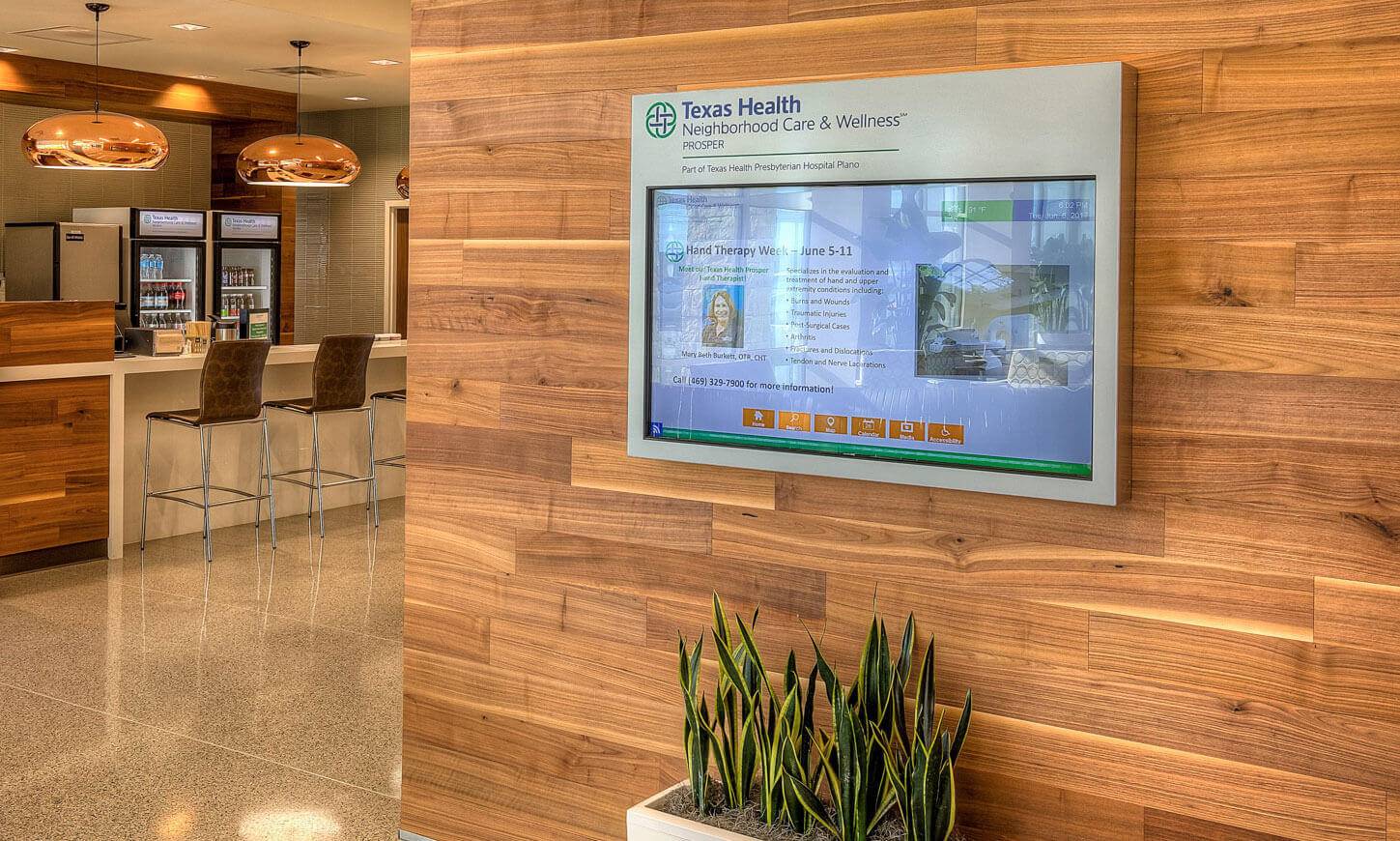 At the highest level, you have to find every single brand mark and every place where the brand currently exists. The challenge lies in how you go about identifying where all those locations are, gathering all the information within each property, and then getting all that data into a useful source.

“It’s easy to think about the marquee on a high rise, but I’ve been working with a health system that has 150,000 branded wastebaskets to deal with. That’s the complete other end of the spectrum,” says Holt.

You have to capture everything from floor entry mats to logos embossed in concrete (a trendy thing to do 50 years ago), and any other random physical brand implementations.

“First you have to be able to think through where it could be and then develop a plan to capture each one of those to figure out what you’re going to do with it,” Holt advises.

You’re Going to Need Help with That

“It seems so simple; you think, ‘It’s just an audit,’” says James Bell, SVP at AGI. “Some companies have a great repository of that information, but most do not. Most think they do, but they don’t.”

No matter how well you think you know your facilities, rest assured that there is still going to be one random entrance that’s rarely used or some logoed carpet in a room buried in the back of a building that you don’t even know about.

You need a holistic brand asset survey that captures all points in your environment where the brand(s) is currently in place in your facilities. And you’re going to want to hire an outside company to do it.

“Before this merger happened or was even announced, the facilities leaders already had a full-time job. They’re busy. They’re putting out fires.” says Bell. “And then this just gets added to their plate. That’s the benefit of bringing in a third party early on that can act as an extension of their team and has a trained eye to look out for these things.”

Identifying every single place where the brand exists is not a facilities leader’s core competency. They’re dealing with leaks and codes and standards; not embossed concrete.

“A third party brings the trained expertise and efficiency of coming in with a fresh perspective, then putting all the information they collect into a manageable format that everyone understands,” Bell explains. “You can’t do this internally. You just can’t. It will overwhelm you; you’ll work your butt off and still miss the mark.”

He advises starting this very early on in the process rather than waiting until you’re ready to implement the new brand; a company like AGI can be performing such a comprehensive audit while simultaneously translating the new brand and creating the technical drawings to implement it.

Consider this: Within a hospital there are multiple buildings, services, towers, and more. A company like AGI needs to come in and identify what all the buildings are and what they’re called, then send in troops on the ground to go and find everywhere there’s a sign (interior or exterior), what’s on that sign, and the size and dimensions.

Holt refers to a current hospital project with an asset inventory book 185 pages long of the branded signs alone, not including any of the thousands of interior signs. And all of those need code checks as well as just a general understanding of the usage and how the sign is integrated into the space in order to minimize disruption.

In addition to conducting a comprehensive survey of assets and developing a brand implementation strategy, you’re also going to need stakeholder buy-in. Holt advises facilities leaders to engage local and regional decision-makers early to get them on board. 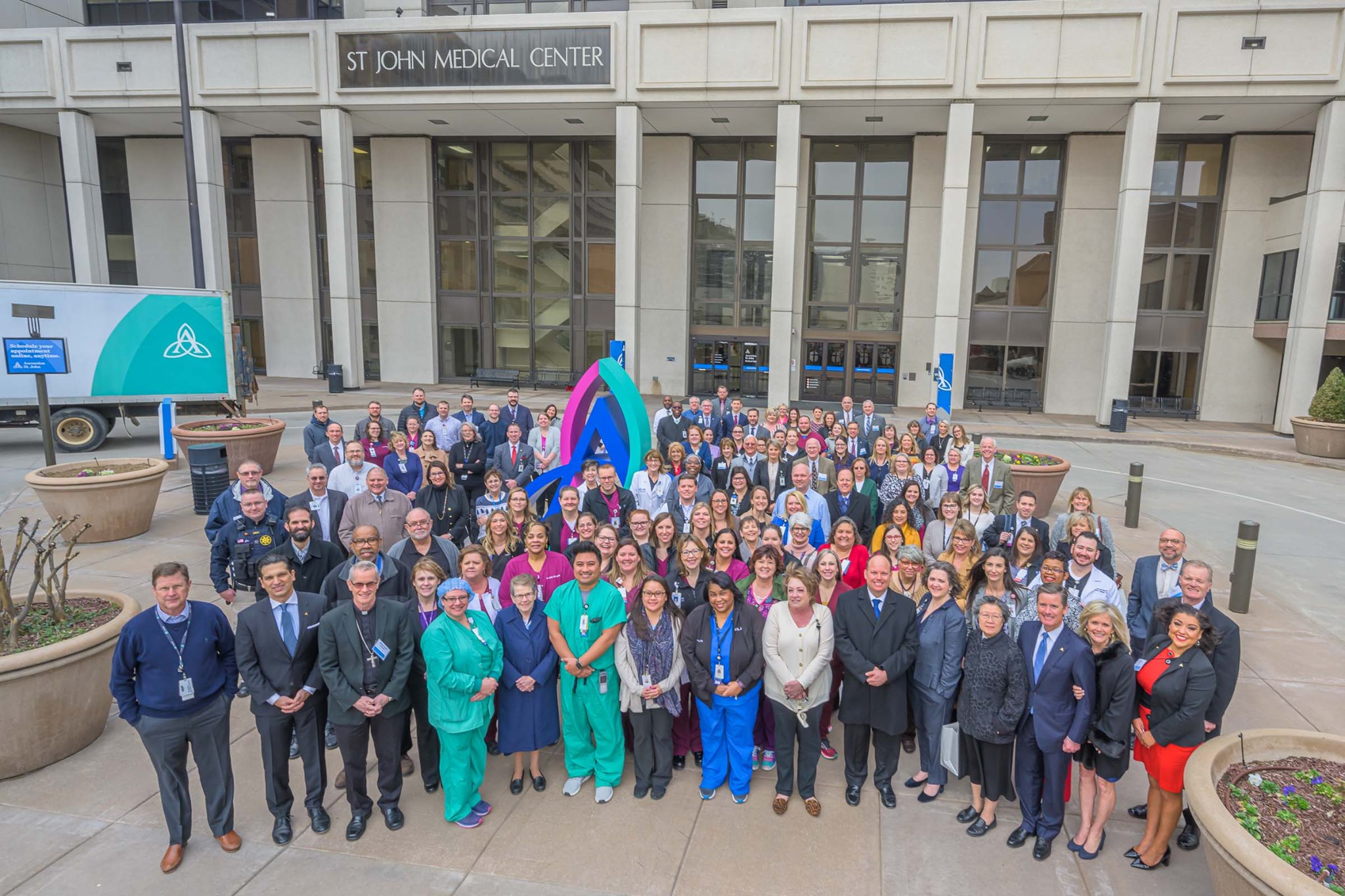 “Physicians have varying degrees of influence depending on how much money they generate for a hospital or health system,” he says. “I’ve seen branding teams develop a whole strategy and get down to a particular market with a physician or physicians’ group that is the cash cow and if they don’t like it, they will shut it down.”

Maybe you know every single facility that is part of your campus, but do you know who actually owns them all?

In order to get work permitted, you need the building owner’s approval. With legacy buildings, you might not even know if they’re leased or owned, or who owns them and where that documentation is. Getting that information together to get approvals is a common stumbling block, Holt says.

Another important thing to consider is how you’re setting up traffic and safety management plans to keep the facilities continuously operating, especially when installing high-rise signs.

It's an Opportunity for a Fresh Start

Bell says the best way to look at a full rebranding is to consider it as an opportunity to fix long-time mistakes and have a fresh start. Instead of “like for like,” he says, he’s seeing more of a trend towards “like for right.”

“It’s an opportunity to correct some flaws and address changes in traffic patterns,” he says. A hospital may have implemented a wayfinding or brand campaign 15-20 years ago, but campuses evolve – services have moved, buildings were added or knocked down, and some of that old signage is no longer applicable and can create confusion for visitors as they try to navigate the campus. And THAT can negatively impact HCAHPS scores.

“That’s always a key thing: whenever you go through these mergers, it’s an opportunity to enhance the overall wayfinding and visual branding experience,” Bell says.

It’s also a chance to design flexibility into the signage system because of those inevitable changes. Easily removable and replaceable panels – avoiding the look of an obviously removed sticker or faded panel – are important, and that ease of replacement specifically is key.

“It’s all well and good on a program level to design a flexible system, but if the local facilities manager doesn’t know how to get the replacement parts it doesn’t do a whole lot of good,” says Holt. “They need to know how to order those replacements and it needs to be easy for them to do.”

Another big selling point for facilities folks: during a rebranding, all these corrections get made out of a CAPEX budget instead of coming out of their operational expenses. So take advantage!

Look, no one wants to go to a hospital. It’s a stressful situation, no matter what the reason is. But the Cook Children’s Medical Center in Fort Worth, Texas saw an opportunity to create a positive impression with a new parking garage, installing a massive multi-story LED panel on the exterior that displays graphics that are engaging and delightful for everyone going through the busy intersection where the garage is located.

“Someone at Cook Children’s had to say, ‘Let’s use this as a messaging opportunity that can change instantly and turn this wide concrete space into an asset,’” Bell points out. “These are the kinds of opportunities you can use in environmental branding to soften the anxiety of entering a hospital campus.”

Environmental graphics and branding can communicate differentiated messaging, whether digital or lifestyle graphics, and bring a softness and a calming feeling to spaces that can otherwise be very stressful (not to mention bland or dated).

The cost of digital signage has been steadily declining, Bell says, and the ease and accessibility of being able to drive fresh content is changing the overall healthcare experience.

“It shows people having fun and engaging with your brand," says Bell "and it’s something celebratory on your campus.”

You can learn more about AGI here.
Connect with James Bell on LinkedIn here and Gus Holt here.