Walter Jones, the Senior Vice President of Campus Transformation for Cleveland's MetroHealth System, is currently overseeing a three-million-square-foot, $1 billion project that started in 2012 and won’t be completed until 2022. That's 10 years of planning and construction from start to finish.

Maybe 10 years sounds like a long time or maybe it doesn't, but consider this: 10 years ago today, smart phones were only just starting to infiltrate the mobile marketplace. We didn't have drones. We didn't have 3D printing. We didn't have tablets, or home assistants, or ridesharing, or consumer VR. Electric cars were still a novelty and road-worthy autonomous vehicles didn't yet exist.

So, a lot can happen in a decade, especially in this age of technology advancing faster than the consumer market can keep up with it. And yet to build a large complex like a hospital, it still takes 10 years from the very first conversation to get it done.

Jones outlined his somewhat impossible task of planning and designing a building that won't be completed for 10 years—long after most of the people involved in those first conversations have since moved on to other things—in a recent talk at HealthSpaces.

"When an organization has decided to undertake change that includes a monumental capital project, it has chosen the lengthiest, most costly way to do so," says Jones. "A new campus is the longest part of that whole effort."

And not only does a project of this size take a decade to complete; it also has to be perfect, both in the eyes of the people who first approved it and those set to use it in 10 years' time.

Jones isn't new to this process: He previously oversaw the $1.3 billion new Parkland Hospital in Dallas, the largest public hospital project in the U.S. While the actual construction itself took five years, discussions about this new hospital started as far back as 1998. The hospital didn’t open until 2015. The whole process involved over 700 touch points of stakeholder input from well-respected, professionally awarded staff members to develop the programming and design of the building.

"By the time that project was finished, over half the stakeholders did not see the project to completion," Jones states. "Directors and senior executive staff, the entire C-Suite of the organization, and half the board were lost during the design and construction. We were essentially informed by 'ghosts' for others to inherit."

One example he highlights is a vision statement for the building that was written in 2007: By the time the job was completed there was a second interim CEO in place who pointed out to Jones that the building doesn't do what was written in the vision statement. And yet, Jones says, it was a very successful project that yielded a 10 percent increase in volume the first year it was open.

"So why did I need to talk to all those people? It seemed kind of pointless."

He further points out that he spoke to a LOT of people during that time but used at most maybe 10 percent of the input he received. "So again," he asks, "how much of that mattered?"

His solution? When undertaking a project of this size and scope, you have to allow for change in a neutral environment. You can't predict anything, it's hard to say if what's important today will still be important 10 years from now, and most of the people you're talking to now will disappear by the time the project is complete. You have to design a building where it doesn't matter what the technology will be or what people today believe will be its primary purpose. You have to provide the capacity for anything and everything.

"Think of it as open source or as an open warehouse--a big empty building where you can put things in and take things out any time, but the basic structure doesn't need to change," he advises. It should function like a department store where the displays are moved around, or an open office building where the cubicles and desks can be rearranged, or a convention center and event space that can be used for multiple purposes. "The basic structure doesn't need to change. How about creating a hospital that works just like that?"

With his current project, he notes that in the last four years at MetroHealth there have been on average 100 new staff members coming in per month and 70 leaving. By the time the project is complete, he says, "We will have nearly the entire complement of the total occupancy of the main campus of the hospital replaced in the organization in that time. I can't keep changing the design because I keep changing where the input is coming from, so I need a facility that is stable enough to accommodate that. I need to separate the operation from the experience."

Because most of the staff members who supplied the initial inputs will be gone by the time the project is done and replaced with new staff members who will have inputs of their own, Jones sees the essential part of his role as focusing on what really matters. He considers elements that are standardized, fixed, moveable, and adaptable: Acuity adaptable standardized rooms that can serve more than one function. Prefabricated rooms that can get to market quicker. Sufficient connections for IT density without having to predict what the technology will be. A facility that is more assembled than constructed, bringing the parts and pieces together rather than building on-site. 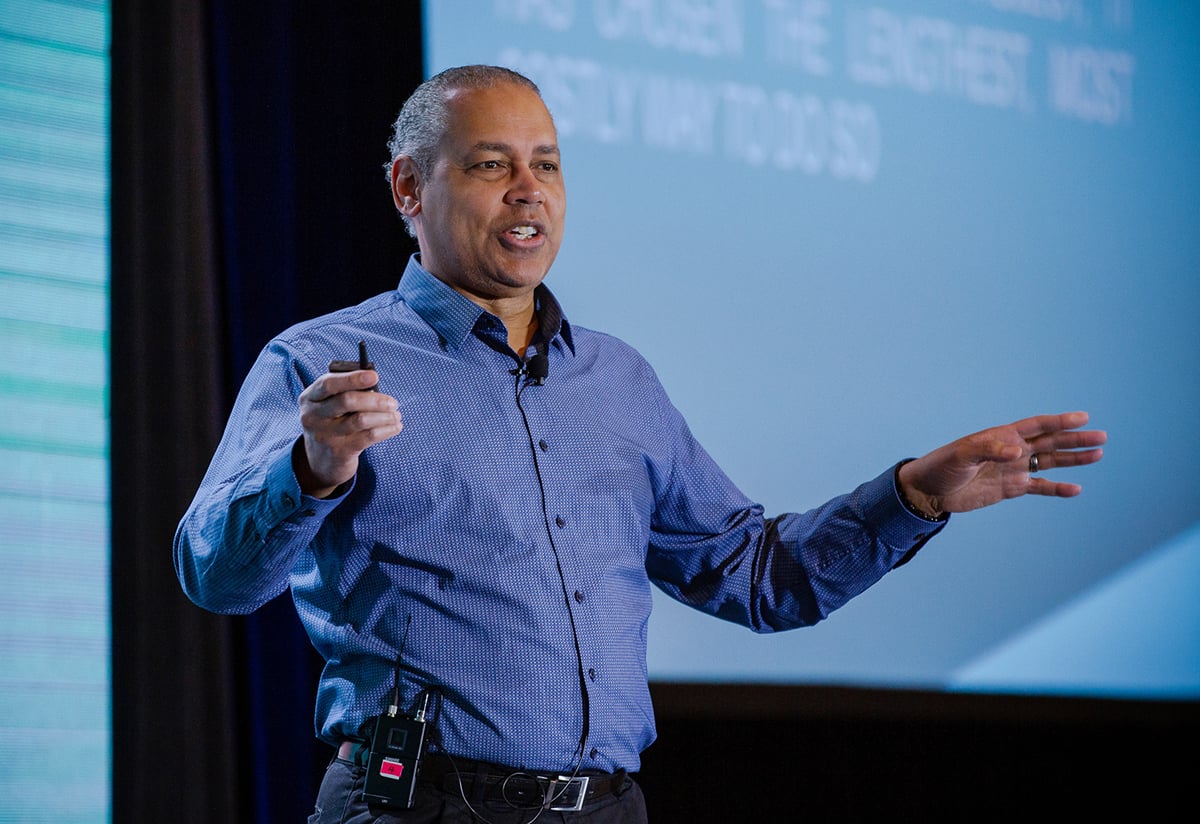 What really matters: The patients

"We're changing from an operational method to an experiential method because the one thing that is consistent is the patient experience," he says. "That is the most stable driver. They still want the same thing as they did 10 years ago: comfort, privacy, quiet, and respect. We want to focus on the patient experience and let everything else feed into that, from the logistics to the personnel factors."

In order to do this, his team is also sourcing a "patient and family advisory committee" as their primary driver because the things they care about the most, and that the building design should most consider, are going to be the same.

With this in mind, they have a charter: "The MetroHealth campus transformation will create an environment that supports MetroHealth's mission of 'Leading the way to a healthier you and a healthier community' by promoting community engagement and excellence in care delivery, research and education resulting in improved health and wellness.'" As Jones states, this is a mission that won't be obsolete in four years.

"We're focusing on the patient journey. We know what our patients are looking for," he says.

They started at the master plan level creating a hospital in an open park that will be an anchor institution on the west side of Cleveland. Half of the 52 acres that the hospital sits on will be converted into open green space, fulfilling a great need for green space in that area. Six acres will be an open park inviting the community in, and the hospital itself is designed with the park in mind, granting scenic views and visual access to nature. The design of the typical floor is repeatable and any room can be made into anything at any time, removing and adding partitions as needed so that a standard patient room can become an ICU room if they need to surge up in the event of an emergency.

"The idea is that it's a process-neutral design," he concludes. "I don’t have to worry about your operations. It doesn't matter. I don't care. I have an environment that can support just about anything that you want to do. I don't have to worry about the technology you want to run across because I'm going to put the infrastructure and wires in so it doesn't matter, I don't care, I don't have to have that conversation."