When the Penn Medicine Pavilion opened in October 2021, it grew the Hospital at the University of Pennsylvania by 1.5 million square feet, with 504 private patient rooms, and 47 operating rooms. With warm, light-filled public spaces and state-of-the-art technology, the 17-story facility was the product of a Herculean effort to build the future of medical research, education, and patient care.

But it wasn’t just any old Herculean effort. As Alison P. Wilson-Maher, Penn Medicine’s Vice President for Real Estate, Design & Construction, explained at HealthSpaces, the project was likely one of the largest healthcare builds on the East Coast using an integrated project delivery (IPD) model. During her presentation, she explained what that model entails, how her organization approached it, and why it was the right choice for the $1.6 billion Pavilion. A look inside the Penn Medicine Pavilion

IPD is a deeply collaborative approach that brings owners, architects, and construction firms together under a single contract, maximizing each party’s impact on the project itself. Whereas traditional design-bid-award models develop new cost estimates at each step of the process, IPD allows the parties to develop a target cost early in the project, then let that figure shape every subsequent decision. “That’s not to say we didn’t redesign some things,” she said, but ultimately IPD offered the biggest bang for Penn’s buck.

"There's that shared risk and reward. Whenever problems crop up, because they inevitably will, we're all problem-solving together."

But it’s not just about cost efficiency: it’s also about shared accountability, a sense that everyone’s an equal stakeholder. “Everybody’s sitting in the same space, and we're working for the same end,” she said. “There's that shared risk and reward. Whenever problems crop up, because they inevitably will, we're all problem-solving together. There's no, Who is going to pay for this? The project's paying for it. The project always pays for it. It doesn't matter which pocket it comes out of.”

One Team, One Space

One of the most important facets of the IPD model is what Wilson-Maher called the “Colo,” or collocated team: everyone working together in one space (back when in-person work was still the norm). Crucially, “everyone” doesn’t just mean architects, engineers, and project managers. PennFIRST’s very first Colo included physicians, a traffic consultant, a healthcare planner, even a physical therapist – in addition to all the architects and engineers.

“We had two clinical advisors who are both nurses by training and trade – RNs – that stayed with the project for about five years and helped deliver it,” Wilson-Maher said, sharing a picture of the very first meeting. “They were incredibly important to creating that dialogue of what's really important [for patient care delivery] and crossing that bridge between design and operations.”

Colo fosters the collaborative spirit at the heart of the IPD model, allowing for impromptu meetings, design charrettes, workshops, and mockups. "We had weekly huddles and dashboards," Wilson-Maher said. "They started out as just whiteboards and eventually got really sophisticated, with online tools." One early task was to set guiding principles for the project, with the group ultimately settling on five key ideas:

The Team You Choose

After sharing a drone video of the Pavilion, Wilson-Maher addressed one question on the audience’s mind: was there any single person overseeing the broader collaborative approach of the IPD model? The answer – like any large construction project – was complex.

As she explained, PennFIRST team members with IPD experience helped spearhead some aspects of the process, while Steve Greulich, Penn Medicine’s AVP of Capital Projects, also helped maintain a larger sense of cohesion. But even Greulich, she said, would push back against the idea of any single leader driving the project. "You do have to have that champion that's always on the lookout for everything," she concluded. "But it really comes down to the team that you choose." 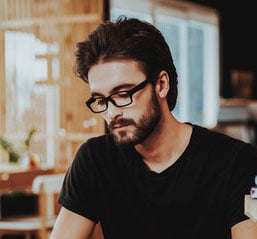 The Power of Digital Twins in Healthcare Facility Management