How Retail & Data Will Shape the Future Of Healthcare

Much of healthcare has been static for the last several decades, but now that it has attracted the attention of trillion-dollar tech and retail companies, you can expect lateral ideas that will push the industry in a whole new direction, and you can expect a lot of them to become the norm.

Ron Galloway, a frequent presenter at HealthSpaces, recently discussed the ways in which companies like Google, Apple, Amazon, and Walmart are using data and technology to break into the healthcare industry.

The talk given at HealthSpaces [Almost] Live outlined the changes the healthcare industry has seen over the last century and how big companies will impact the way healthcare is delivered in the future.

Now, healthcare is predominantly delivered in hospitals and doctors’ offices, and more recently via phones and computers. But new technology and a wealth of patient information is on pace to change that once again.

"Healthcare institutions are now data institutions," he said. "That's attracting big tech and they want access to that data. It has tremendous power. It allows people to know exactly what your health conditions are. In a general sense, it allows for you to be monetized."

And that monetization is appealing to big companies as they look to move their own financial needles up a billion or two dollars.

Galloway highlighted how four big tech companies are using, or plan to use, data to impact the healthcare industry and the way in which it is delivered to consumers.

"Google is already a huge healthcare resource," Galloway said. "Seven percent of daily searches are healthcare-related. They act like a virtual doctor as it is."

But that's certainly not enough for the tech company, as it plans to not only be the search tool of choice for patients looking for answers at home, but for doctors and clinicians at work.

"Their big mission is to work with hospitals as they go from volume-based to value-based care and add machine learning as a solution," he said.

Additionally, Project Baseline is Google's attempt to determine what good health is and how consumers can achieve it by collecting daily data from volunteers.

The recent purchase of FitBit will also allow Google to monitor and detect consumers' health. For instance, Galloway noted that recent research found that FitBit could detect 50 percent of COVID-19 positive patients one day before the user had symptoms.

"Google is working and influencing hospital-based healthcare by pushing people and records to the cloud," he said.

From iPods to iPhones to iPhysicians

For Apple, Galloway said the process of getting into healthcare will mean going from hardware to services.

Like Google, Apple will try to measure consumers’ health information and interpret it.

So far, the company has worked with 39 hospitals to gather EHR data on patients, and aggregated that data with the information in users’ own Health apps.

The company has also begun to use technology to impact post-operative care. For example, Apple works with the University of Virginia to monitor children as they leave the Neonatal Intensive Care Unit.

"The child can be let out of the NICU early and monitored at home," Galloway said. "That frees a bed for others, and the monitoring information is shared in real-time with the hospital as if the child were physically there."

Similarly, the company has used its Apple Watch to assist in post-operative care for adults, monitoring the six-minute walk test and gauging their general health.

"Apple Watch is really the key to Apple's healthcare future, and their future in general," Galloway said, adding the watch can now detect blood oxygen levels, monitor the heart rate and other vitals of wearers, and send alerts to the user or a medical professional if something is concerning.

In the future, the watch will be able to detect if a wearer has fallen and send for emergency services. It can already measure the sound levels around the wearer and alert them when the average sound level over three minutes reaches or exceeds a chosen decibel threshold.

In addition to the Apple Watch, Galloway said Apple's AirPods will also become a health monitor of sorts in the future.

"All for less than $500," Galloway said of Apple products' ability to interact to gather patient information and data. "You're telling me that insurance companies won't be willing to pay that to have access to that information? Of course they are going to."

Steve Jobs was infamous for never using focus groups to try and figure out what products to make. He used his intuition to dream out these products. He once said, "It's not our customers’ job to tell us what they want next; it’s our job to decide what they want."

Amazon thinks completely differently. They believe you listen to customers by studying their data. They measure everything – every business, demographics in every county, every distribution center, but most importantly every customer. They're always asking themselves, “What does the data tell us what our customers might want?” And as they enter healthcare, and gather more data, they're able to ask and answer more of these questions.

With billions of customers and millions of employees, Amazon already has a wealth of data on consumers. It only makes sense the company would eventually venture into the healthcare industry.

"Amazon is Big Data. They are the biggest data company outside of Google," Galloway said. "And Amazon Web Services gives them the chance to try things. They can afford to experiment."

One such experiment involves pharmaceuticals. In fact, the company recently purchased PillPack for $1 billion.

That transaction gave the company immediate access to data and licensing for pharmacies in 48 states. With the ability to deliver products to consumers within a day and having service centers within 10 miles of 164 million Americans, you can expect Amazon to soon begin deliveries of prescriptions, Galloway said.

When it comes to wearables, Amazon isn't leaving it to the FitBits and Apple Watches of the world. Instead, the company has HALO, its own wearable. 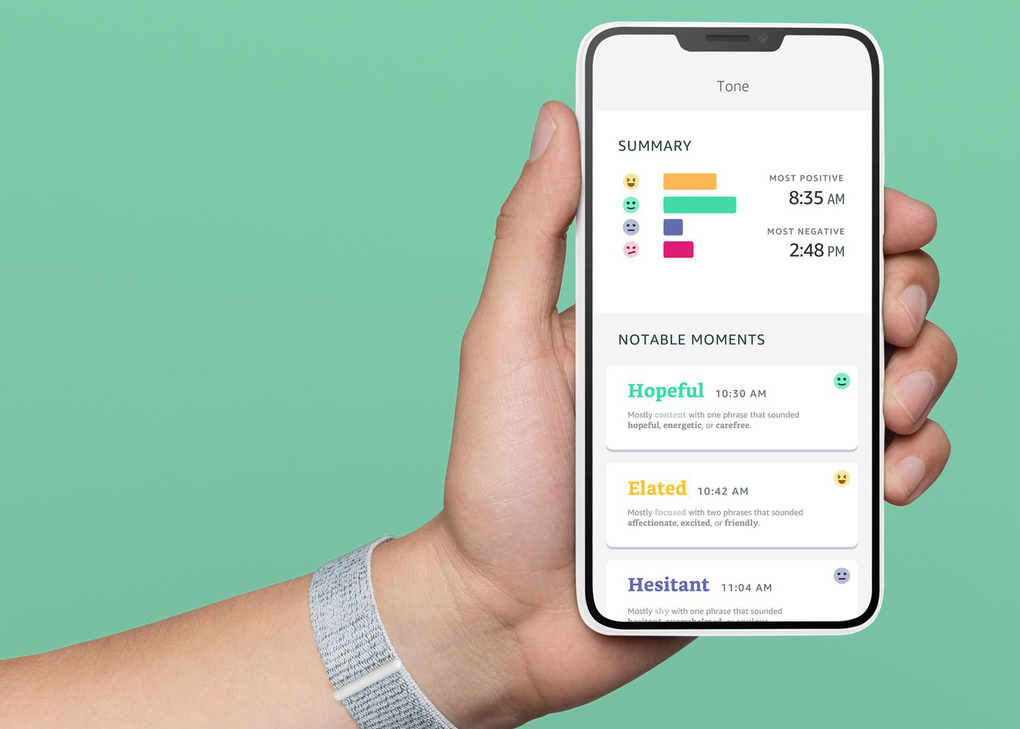 "It does things you would think it would do, tracking activity and health," Galloway said. "But it also measures weight and body composition. It wants you to send a picture of your body over time to determine your composition."

The system could also measure a wearer's voice and send suggestions.

"If you're talking to someone and you thought you sounded affectionate, but you really sounded bored, it can track your voice and lets you know you could do a better job," Galloway said.

The company is also dipping its toes into the clinical side of healthcare with Amazon Care, which connects employees with healthcare providers for visits either at their home or their place of employment.

"Why is Amazon a threat?" he asked. "Because they know more about my lifestyle and health than my doctor."

Nearly 10 years after Walmart said it would open healthcare clinics, the big-box retailer is finally doing just that with Walmart Health.

"They had no footprint in healthcare," Galloway said. "But they have 4,000 locations where they could have a footprint." 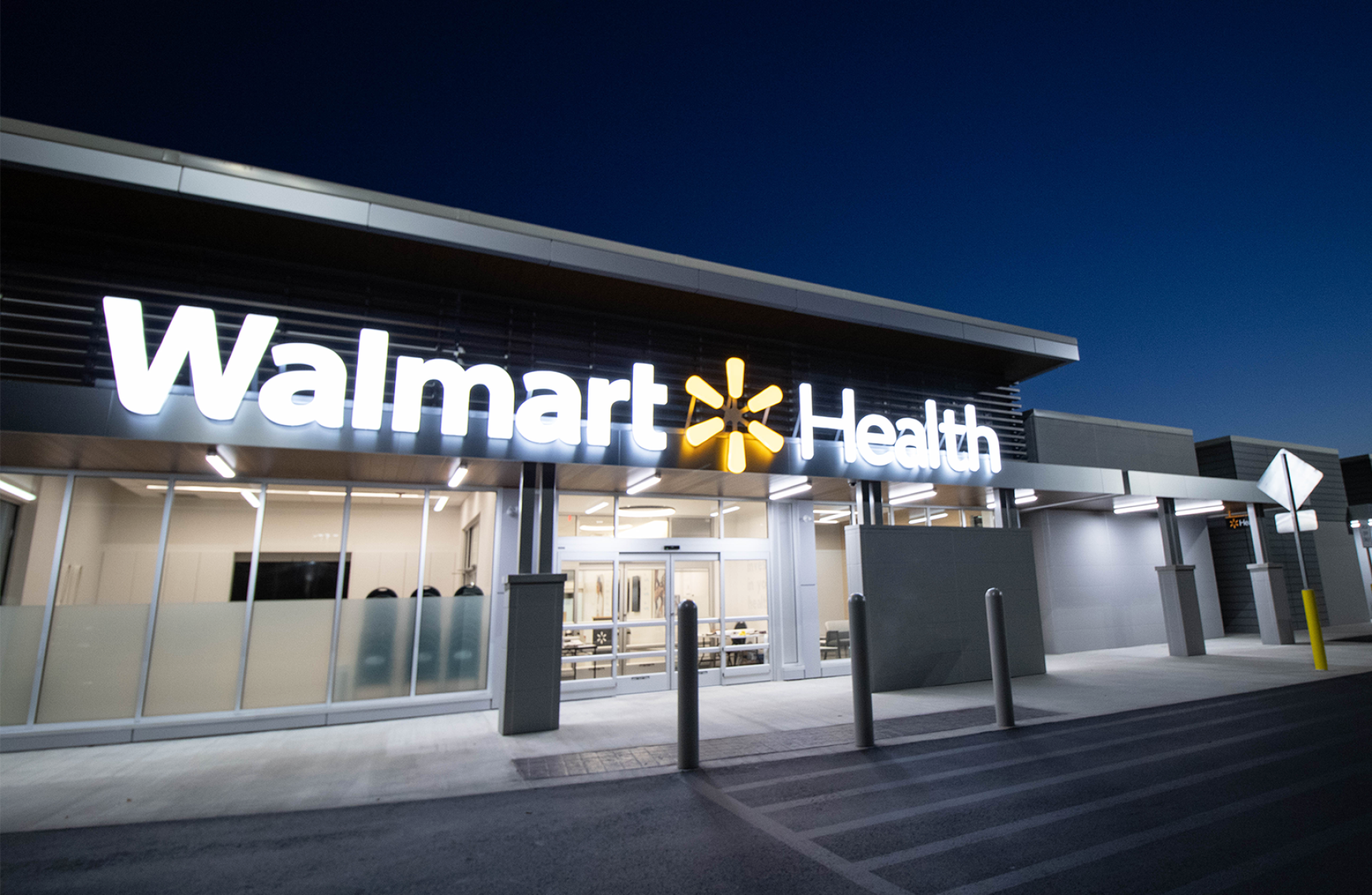 LB Johnson, Vice President of Health & Wellness Real Estate Development for Walmart, said earlier this year at RetailSpaces [Almost] Live that there are currently six Walmart Health locations in service, with more on the way.

The clinics, which are constructed from prefabricated units by BLOX, take advantage of existing Walmart locations, utilities, and infrastructure. This means the buildings are more cost-effective and easier to build than other standalone clinics.

"Think if that scales," Galloway said. "Once Walmart gets their claws into something they make it happen. When Walmart pushes a new tech hard, it becomes a standard."

Outside of its own clinics, Walmart is influencing the healthcare industry by steering its employees toward a list of dedicated institutions.

"They encourage employees to go to centers of excellence that they have contracts with," Galloway said. "They will pay for you and someone else to go, so they are steering employees – two million employees – to these larger and larger healthcare centers."

Each of these companies will put their own stamp on healthcare, and that will dictate, in a way, the future of the industry.

"These companies are getting into healthcare through data and affecting where healthcare is delivered," Galloway said, reflecting on healthcare's past and its future. "The doctor coming to the house is now replaced by a device."